Think Clear Skin was officially launched in 2017 with one mission: to create a world where every adult has clear skin and confidence in his or her True Self.

To achieve this, the site’s founder, Chris Redding offers 5-15 minute guided audio meditations aimed to increase confidence in the practitioner’s True Self. These meditations are made available via paid subscription.
The resulting effect is a significant alleviation of acute acne.

Think Clear Skin caters to a wide and diverse customer base, hailing from dozens of countries around the globe.

In search of a secure audio solution

With its revenue stream hinging completely on paid membership and access to media files, Think Clear Skin’s need for a reliable digital asset management platform is of paramount importance. From its inception, the company’s site was designed to perform as an e-commerce store, offering digital assets (primarily audio files) to those seeking mediative assistance and inspiration.

Turning to a third-party media player, such as iTunes, to host said assets, was ruled out immediately.

These media libraries would require Think Clear Skin to share a percentage of the revenue generated by visitors downloading or accessing an audio file. The desired solution would have to see to it that any and all revenue generated would flow exclusively toward the company and its owner.

The ideal solution would enable a clear and straightforward user experience for customers. Following their subscription and successful payment process, new members to Think Clear Skin’s platform would have to be granted access to specific audio files. The extent of the latter would be dictated by the member’s subscription tier.

It had become clear that such a workflow would require enhanced security features.

Built using WordPress, the company’s website’s initial security feature came in the form of reliance on Memberpress. The former is a WordPress plugin that enables site administrators to gate certain webpages (i.e. stipulate access to those with a user and password).

Having gained access to a webpage containing audio files, visitors could theoretically download the digital files embedded on the page.

Therefore, a 3rd party solution would have to enable the streaming of said audio files. Downloading of any digital assets (whether authorized or not) would no longer loom as a threat.

With streaming being decided upon as the desired form of audio file presentation, the company began seeking out a solution that would ensure said streaming, all while maintaining the highest levels of speed and quality.

After an extensive vetting process, Chris Redding, founder, and CEO of Think Clear Skin found Cincopa to be the solution most suitable to his platform’s unique business challenge.

Chief among the factors which drew Mr. Redding to Cincopa was the latter’s extensive security features and capabilities.

With Cincopa, Think Clear Skin’s audio files appear on multiple web pages throughout the site. When accessed, members are presented with a variety of audio files that are made available via streaming. These are featured in playlist format, as well as standalone, clickable audio uploads, similar to the way podcasts are presented on Soundcloud.

The option of downloading had been nipped in the bud. All audio files are hosted on Cincopa; the MP3 files themselves cannot be manipulated in any way, save by company personnel.

Finally, Cincopa ensured that all revenue generated by new members subscribing to Think Clear Skin would be remaining entirely in-house.

“I love how easy-to-use Cincopa is.
It’s the perfect added layer of security to MemberPress,
the WordPress plugin my site relies on.
The audio streaming quality is flawless.” 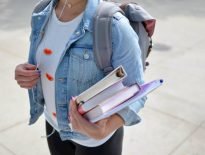 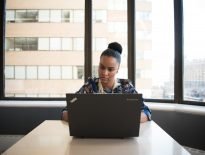 by Yoni Yampolsky time to read: 3 min
My Favorites
0