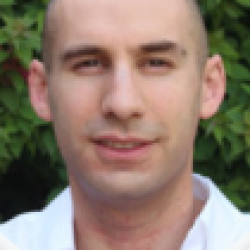 2020 was a big year for video marketing.

In a year we’d all like to forget (unless you’re a Zoom stock shareholder🙂), video-based solutions really proved their weight in gold.  Online video consumption spiked significantly during the pandemic, especially with Millennials and Gen Z’rs.

Social – now more than ever

Free, easy to work with, and a potential audience numbering in the billions;
there is a reason why social networks have become the primary channel through which companies disperse their videos.

The current king of social media, Instagram has cemented its status as the go-to social platform at the end of the 2010’s.
A frequently-updated Instagram account has become a staple of almost any business in 2019.
Even B2B and SaaS companies have come around and jumped aboard the ‘gram train.

And with good reason.

65% of impressions an ad on Instagram come from videos.
Additionally, 3 out of 4 Instagram users take action after watching a brand’s video.

With 75.3% of American businesses joining the platform in 2020, It would be almost criminal to not use Instagram as a distribution channel for your corporate videos.

Often slept on as a video viewing platform, Twitter is a great way to have potential customers engage with your videos. It may run counter to the common perception of the network, but 82% of Twitter users use the app mainly to watch videos.

Twitter is incredibly effective in having mobile users encounter your videos, with 90% of Twitter videos being viewed via mobile devices.

It may have been the subject of heavy (and mostly unflattering) media attention as of late, but Facebook is still a force to be reckoned with.

Yes, Facebook’s crowd has matured.
Many of the younger, highly-coveted demos no longer frequent it as they did at the beginning of the decade.
But with 8 billion videos viewed by Facebook users every day, it would be folly to not use the father of all social networks as a way to get your videos out there.

With an overwhelming majority of Facebook videos viewed with the sound disabled, it is highly recommended you add close captioning.

Corporate Facebook, aka LinkedIn has seen a major increase in video content uploaded to its platform. Given that LinkedIn video campaigns enjoy an 82% view rate, it would be wise for any professional or company to explore pushing its videos on this network.

Finally, a new contender has emerged.
Still relatively in its infancy, TikTok has been signaled as this upcoming decade’s Instagram.

If your target audience consists primarily of gen-Zr’s, it is almost beholden upon you to get into the  game now, before the projected TikTok tsunami hits.

Already relied on by automotive companies and the NFL, 360 videos have been signaled as the next big thing in video marketing.

Despite a rocky start and some rough beta technology (remember trying to watch 360 videos of NFL games they were introduced on YouTube? Yikes…), 360 videos have already begun to make waves.

Yes, they can be more expensive to produce. However, the ROI they yield is considerable, with research showing that completion rates of 360 videos being 46% higher than those of ordinary videos. Ask any realtor and she or he will tell you just how impactful 360 videos can be on conversion.

Marketing initiatives can feel like a shot in the dark.
Even in the age of segmentation, many of us receive emails or are recommended content that we aren’t interested in.

In 2019, 93% of internet users claim they weren’t receiving relevant marketing material. Almost as many (90%) stated their annoyance with being bombarded with irrelevant messaging.

That is why personalized videos resonate so strongly.

It would be virtually impossible to reach out to hundreds of thousands of potential prospects. Therefore, personalized videos are deployed while adopting an account based marketing approach.

Professionals whom receive a short video from a sales person highlighting the ways in which he or she can help you improve your site or increase sales will find it hard to ignore.

There are a variety of free extensions you can use to record yourself and send out videos to leads or customers. Some apps will notify you when a contact has opened a video, and offer an analysis of his or her engagement with the video.

Integration across the entire marketing funnel

Video is like any other tool within a marketing stack:
It must be measurable and actionable.

As we approach the beginning of a new decade, it’s critical to begin adopting the correct approach toward gauging videos’ ROI.

Vanity metrics, such as number of shares and likes are nice.
However, if you know exactly who and how many times an email was opened, clicked-on and read, you should be able gain the same information regarding your videos, as well.

Companies today are realizing the power of using video hosting platforms. These enable you to see exactly who watches a video, the precise moment during which an individual user abandons it, and when he or she reengage with it.

Additionally, a good platform will integrate with your marketing automation platform.

The opportunities this presents a marketing team are significant. You can score leads according to their interaction with your videos and set video engagement as enrollment triggers within workflows.

This, without question is a trend that will gain steam in 2021.

The second decade of the 21st century saw the internet assume its prominent role as the single most influential element of modern life.

This happened in large part due to the explosion in popularity of social media.
With existing platforms expected to remain extremely popular, (along with one interesting new-comer), marketers should continue to rely on Twitter, Instagram and Facebook to spread their videos.

Additionally, trends such as 360 videos are destined to become the next big things, and marketing teams have begun taking note.

Lastly, marketing teams will need to begin approaching video marketing more strategically. Along with insightful analytics, good video hosting platforms integrate with marketing automation platforms. Some of the benefits made possible through such an integration, most notably incorporating videos in workflows and scoring leads based on video engagement, enable marketers to realize their videos’ true conversion potential.

How IT Managers Control and Manage Content on CincoTube

What You Need to Know About Enterprise Video on YouTube

Why Does Your Enterprise Need an Internal Communication VideoTube Instead of A Video Library?

Why Use Video for Internal Communication?

Which hosting is best for video streaming?

by Yoni Yampolsky time to read: 5 min
Education Training and Video: Why, When & How
Media Delivery & Editing How to Create an Image Gallery on WordPress
0