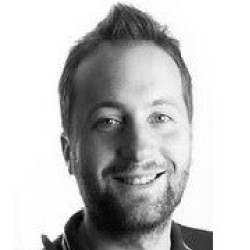 In one way or another we are all on a journey, with the destination in sight forever shifting, changing or even melding into something else. From a business perspective however; goals and targets are fundamentally and irreversibly the same. Perhaps the lasting imprint you wish to leave is different, maybe ethical practices and a consciousness with regard to our how society is effected vary, but companies ultimately desire and battle for profit in every sphere and profession, past and present.

When discussing technology and / or marketing, the goal posts change more frequently than in other industries. Not with your desired outcomes but the methods and tools in which you reach your set goals. A new development takes place, new tech overshadows what was recently the trend and generally, through a colossal form of marketing peer pressure, people and businesses alike have to or are obliged to follow suit. This is both a good and bad thing, but an absolute truth in this day and age is that progress is forever speeding up, and monitoring your rivals and new marketing mediums, as is the topic of this article, is essential and pivotal to success even.

Richard Branson is quoted as saying:

There’s an inherent danger in letting people think that they have perfected something. When they believe they’ve ‘nailed it,’ most people tend to sit back and rest on their laurels while countless others will be laboring furiously to better their work!

Here we have it in a nutshell from one of the world’s most famed business leaders: more than an implication (within this quote alone) that ‘nailing it’ is only temporary and there needs to be, there must be, an urgency to always improve your work. This most definitely applies to proven and tested marketing tools like video.

Here, on this endlessly bumpy and interesting journey of ours, arrives Samsung’s 360 video, which stands to – temporarily at least – revolutionize the market and in the not so shabby realm of video. Not for one minute am I suggesting that ‘regular video’ is dead in the water or past it and in need of retirement, but this new evolution in video form stands to radically increase viewer engagement and to more fluidly transport your customer towards your brand message. As Samsung themselves state: ‘a memory is more than what’s in front you. Record the whole 360-degree scene with your Gear 360 (2017).’

Samsung offers a 360 video camera which is light in weight and small in size, but heavyweight in regard to cutting edge technology. You are able to capture the action all around you in a much easier and film-friendly way, whilst having a greater level of video quality and the ability to record for longer.
The power of video and its ability to transfix an audience can at times be incredible. With gear 360 we now have the ability to broaden audience engagement further still.

So, what is the difference between ‘just the norm’ and a 360 broadcast? Facebook defines a 360 video as a video that “is created with a camera system that simultaneously records all 360 degrees of a scene. Viewers can pan and rotate a 360 video’s perspective to watch it from different angles.”

By adding greater depth and by having 4k video capabilities, your output will come across as having more of a real clarity and crispness – this vividness is something you and other viewers will be able to absorb and remember in many years to come; remember above: ‘a memory is more than what’s in front you’ – it’s something which is ingrained and effectively, too memorable to forget.

Imagine then what this actually is; a 360 video and broadcast enables you as an individual or business to impart a message with larger and positively, greater effect. Whether that be through VR like engagement or with the clear and crisp output you supply, either way the result remains the same.

360 video content is the perfect tool, enabling you to deliver some amazing experiences and taking your audience into realms and lands previously unfathomable. With regard to compatibility, you are able to record, live stream, and share with a wide range of devices – from smart phones and Gear VR to PCs.

360 Video hosting, like any form of maintenance, management and organization supporting that of your media output is integral. Cincopa.com offers both a platform and a reliable partnership; from which you are offered guidance as well as all the necessary tools, enabling you to tinker and tailor with your now 4k video quality video. You have the video message and creation at your fingertips, now you need to stylishly and in the hippest format possible, get that to your intended audience.

4k Video and the unforgettable:

Devolving for a second and moving back to square one again. There is nothing wrong with the medium of ‘normal video’. This is a massively attractive way to reach out to and to engross viewers, users and your potential customers alike. Like the progression from a platform video game of the nineties or old brick-shaped mobile phone of the late eighties, you now need to move forward with the times and to project the unforgettable.

By utilizing 360 video, VR and everything you have at your disposal, you have within your hands state of the art marketing devices and an attention grabbing medium. A medium which can encase the hopes and dreams of an earnest buyer and place them firmly in the path of your product or service.
The idea of leaving a positive and lasting imprint is something also to be targeted. If a sale isn’t made overnight, a lasting memory of your brand, a fleeting recollection of your ‘stand out’ product and an enjoyable ride in your company’s dreamlike – or even insanely reality fueled projection, stands your brand identity and longevity in nothing but good stead.

We are still on this endlessly wondrous journey of evolutionary knowledge garnering, and who knows what the future will bring technology and advancement wise within the next decade? Cincopa, as a trusted partner ensures that you don’t miss a trick. When a new fad smashes the door wide open, Cincopa and its all-incorporating multimedia platform and support will provide you with insight and suggestion. When a new model or format comes knocking on the door, Cincopa will be there to evaluate and utilize. As is the case with Samsung’s 360 video camera, Cincopa stands readily prepared to host your 360 videos and supply you with all the necessary knowledge and advice so as to gain maximum technology driven results.

Checkout how you can create your own 360/4k video gallery with Cincopa Video Tools:

Submit A Ticket
The Blog
Marketing

by Gregory Theiner time to read: 4 min
Marketing 5 Ways to Use a Photo Gallery For Your Website
Enterprise Video Cincopa & Private Video Hosting In a Nutshell…
0