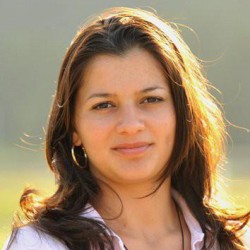 Every successful business out there spends a considerable amount of time building a bulletproof marketing funnel. The goal of these funnels is to attract prospects and move them towards an endpoint or objective.  Each step of the funnel makes use of different kinds of content to make it all possible.

According to a survey by RenderForest 86% of online marketers use a video on their website, and of these, only 16% of them have had negative results with video marketing. And according to Cisco, online videos will be consuming more than 82% of all consumer traffic.

This is a fifteen-times more than it was at in 2017. It shouldn’t be that hard to figure out why so many marketers are eager to integrate videos into their marketing funnels.

With statistics like this flying all over the internet, it’s easy to understand that video really is bulletproof. Nothing else is able to relay information with the effectiveness of video. The big catch to all this magic, however, is that a bad video can do more harm than good. It has to be a good video.

Different kinds of videos are going to be more effective than others at different steps of the funnel since laying out a sales funnel requires understanding the customer. Each step should guide them into the next, but there should also be a perfect match between the video content and the parts of the potential customer’s journey.

Like a lot of things in the marketing world, this is easier said than done. Before we get down to the video ads themselves, it’s important to understand some aspects of what a good video should contain. Typically, it should comprise at least the following elements:

It captures the viewer’s attention in seconds

We have surprisingly short attention spans, as the amount of time Google allows for video ads should show. In essence, you have at least three at most six seconds to get your audience interested.

It should be ‘meaty’

Once you’re able to catch the viewer’s attention, it would be useless to have it if you don’t know what to do with it. Nobody is going to sit through two minutes of filler content. Be entertaining, inspirational, educational or just interesting. Provide them with value throughout. Make them feel like they aren’t wasting their time.

It’s attuned to a specific audience

One of the caveats of marketing is that the whole world can’t be our audience no matter how hard we try. It helps that one of the things that have made companies like Google so successful is that ads can be targeted. Don’t appeal to everyone. Just make it so that your target audience is going to want to watch it.

It should have a clear CTA

Once you’re able to come up with a formula that keeps the visitors from leaving, it’s time to put make use of all that hard work. Make it very clear what you want from your viewers. If they have watched the video all the way, they are a very good prospect, after all.

It should not be too long

People are busier today than they have possibly been throughout history.  Finding the perfect length for your video is crucial. Your viewer is likely in a rush to do whatever brought him online before leaving. Expecting him to sit through a ten-minute presentation is asking too much.

While there are videos several minutes long that have been very successful, not many have the luxury of hundreds of heads working together to come up with such plans. Neither the capital to execute it.

Top of the funnel

This is the awareness phase. Prospective customers are aware of their problem and are doing research in order to understand it a little bit more.

At this point, different kinds of videos are going to work: about us videos, explainer videos, video blogs, and social media videos.

They went in-depth into an unusual subject but somehow managed to twist everything around and make it interesting. In the end, they were able to showcase their creativity, draw the audience in and present their brand values to them.

The video managed to take advantage of the audience’s emotions – entertaining, giving value and informing them of a problem that exists and a possible solution without shoving it in their face.

The video wasn’t too long, either. They managed to cram a lot of information in just one minute without making prospects feel like they were watching a whole documentary. At the end of it all, a mixture of emotions and intrigue drives customers further down the funnel.

Middle of the funnel

This is the consideration phase. At this point, the prospects have an idea of the problem they are working with and want to analyze all the different ways it has been addressed.

Slack: So Yeah, We Tried Slack…

Slack’s approach to the traditional case study videos was a bit more… quirky than most. Despite that, it managed to reel in over a million views, which is pretty impressive. It took real people from a real company and focused on the kind of impact the product had on their lives without making it look like they were handed a script to read from.

It may have been a bit of experimental on their part, and despite making it over the optimal two-minute mark, they took advantage of another fundamental thing: authenticity.

According to Nielsen, 84% of people trust videos that have at least one person they know than any other kind of advertising. This person can be an industry leader that basically gives an endorsement to your product by showing the audience the kind of impact it has had.

The more you’re able to take advantage of people’s emotions – laughter, happiness, etc. – the better. Nothing works better for social proof than visual enforcement. According to Video Explainers, having at least one such video on your landing page increases the chances of being featured by Google by 53 times.

Bottom of the funnel

This is the final stage of the marketing funnel. Once a person has made it all the way through the funnel, it’s time to convert them into a paying customer by showing them you have the best solution for their problems.

Different videos that will be useful include product demos how-to videos, culture videos and testimonials. An example of the former video is IKEA’s HEMNES instructional

On the best of days, instructional videos aren’t meant to be entertaining. They are just supposed to work, and this video does just that. It ensures the customers that they can get this information once they buy from IKEA by presenting a detailed walkthrough of how to use the product.

Potential customers value good service a lot. Everyone wants the sense of security and assurance that they can still get help once the sale is over. If you can convince them you will offer good customer service, they are more likely to remain. According to Bain, a 5% increase in customer retention leads to about 25% increase in profits. This is because 67% of customers are more likely to spend more on your business.

Submit A Ticket
The Blog
Marketing