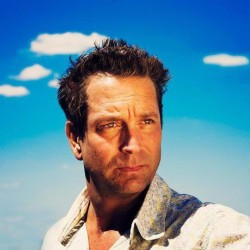 You know Twitter. Perhaps you have your own love/hate relationship with the platform? Let’s face it: some brands do very well on Twitter. Others do not.

Maybe you’ve treated the platform with kid gloves. You know you should be tweeting – you’ve read how Twitter can be an excellent platform for driving traffic and sales, but you’ve not yet fully flushed-out a concrete strategy for how to actually make this happen.

Perhaps you even have a dedicated person Tweeting their heart out, but with little palpable return. Is any of this sounding familiar? If so, read on.

I am going to share five reasons why Twitter is the best Social Media platform for marketers in 2015. Did you absorb that? If not, here it is again:

“Twitter is the best Social Media platform for marketers in 2015.”

A bold statement, indeed. Here’s the logic: Five reasons why 2015 will be your best year ever on Twitter

Let’s begin with the basics. There are nearly 300 million actively engaged tweeters.  In reality, Twitter has nearly 1 billion users. Though, roughly 700 million of these users have either abandoned their accounts outright, or they are periodic users who login and tweet from time to time – their loss.

While not the largest Social Network in terms of monthly usage, Twitter has created an undeniable niche for users and marketers alike.  I don’t know about you, but having the opportunity to market to a database of nearly 300 million people sounds pretty good to me.

“In a dense, 87-page report, Morgan Stanley analysts have charted the most important online trends and predicted the future of the Internet. Morgan Stanley’s analysts believe that, based on the current rate of change and adoption, the mobile web will be bigger than desktop Internet use by 2015.” (read more…)

The point here is that Twitter is the ideal mobile platform. With it’s inherent 140 character culture, it already lends itself to short and sweet, fast-moving soundbites of actionable information that mobile users so crave.

Twitter is the only Social platform that I’m aware of where you can build an organic database of targeted prospects and strategic alignments at little to no cost , and with minor, yet persistent, effort.

Short of buying ‘Fans’ on Facebook. where else can you build an organic following simply by being an advocate for quality content, engaging imagery and maintaining a social-butterfly mentality?  While it’s not a panacea, Twitter is the top pick for organic marketing returns.

Even Facebookers are accustom to promotional and advertising pieces infiltrating their “private” family time. So, Twitter isn’t really breaking any ground here. However, it’s culture has always been one that has tolerated, if not embraced, the presence of marketers who are openly trying to grab (fight for) the attention of as many people as possible. In fact, I believe that Twitter has created a beautifully symbiotic culture where consumers and marketers willingly converge.

Building an amazing brand on Twitter is rewarded, admired, analyzed and ultimately profitable. This is a fact. And this is attractive.

5. Accessibility to Movers and Shakers

If I wanted to, I could follow Justin Bieber right now and feel as connected to that poser’s daily doings as I’d ever want to be. Of course, I’d likely never follow Justin Bieber, but the point is this: Twitter is a brand culture – including the presence of internationally known people and companies, and the movers and shakers you would die to connect with.They all are all here.

If you’re astonishingly creative…  If you tweet amazing content… there is always the opportunity to “catch a whale” on Twitter by connecting with the persons or segments of people who can help slingshot your brand and/or services to the next level.

There is no other platform on the web today that can give small to mid-sized companies a real shot at connecting with those people who matter most to building business- both consumer and provider.

Take a moment and think about the perfect storm of opportunity that Twitter offers. If you are strategic, persistent and creative, Twitter provides the perfect platform for you to have the best year ever in 2015.

If you’ve enjoyed this read, please stay tuned for our blog piece on the “7 Steps to Winning On Twitter”.

by Brian Walker time to read: 3 min
Digital Publishing Music Resources For Your Videos And Slideshows
Marketing A Facelift of our Own
0