If you want to manage a digital asset effectively, you need to understand each phase in its life cycle. What are they? And how do you manage the digital asset during each stage? 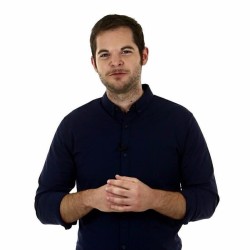 These days, any company with an online presence has assets that need to be managed and distributed to different teams, and eventually dispersed across the internet.

‘Digital assets? What’s that’, some of you might be asking.

Defined as being formatted and applicable to computerized platforms, a digital asset is owned by companies that boast exclusive rights over it. The intellectual property will typically include multimedia, such as videos, images music and podcasts.

“Each digital asset goes through a life cycle that can roughly be divided into four stages:

Properly grasping each of these stages is critical in today’s content-creation-focused marketing world, especially due to its great potential for increasing workflow efficiency.

Are digital assets really that important for a brand?

When considering the kind of value a brand derives from various digital assets, a term that will commonly prop up is brand equity.

This is the premium that a company generates from being recognizable to the general public, compared to a generic equivalent.
Having a memorable logo, for example, contributes to creating high brand awareness, which is inexorably linked to brand equity.

A digital asset is every bit as important as any physical asset and is, in effect, the only way your company can be represented online. A brand with well-guarded digital assets and positive brand equity usually cultivates a customer base willing to  pay a higher price for its products, despite being able to get the same from a competitor for less.

The life cycle of a digital asset

Even though we’d intuitively crown the creation (or conception) of the idea as the initial stage, a digital asset only begins to qualify as one after it’s been created.

For our seasonal logo idea, the creation phase might involve brainstorming, coming up with drafts, reiteration, and the final design.

Digital asset management begins right at this phase. To make the most of it, it’s important to make sure every iterative design is named with the same principle in mind. If you decide to optimize for accessibility via the date of the design, stage of the draft, or any other criteria, the naming should remain consistent.

At this point of the digital asset life cycle,  creation has been completed. Now, tasks  that are purely administrative by nature will be performed. Management of digital assets includes functions like assigning permissions to the right teams, making sure they are accessible from a central location, organizing them correctly, and adding metadata.

Here, the final draft of our seasonal logo (say, Christmas) has been submitted and approved by the head of design. Some designs may be rejected, while others sent back for minor adjustments.

The head of logistics is then given access to the files and begins sorting through them, adding metadata for SEO, granting permission to different teams so they can access the right images, and waits for the post-production teams before it moves onto the next stage.

An important aspect of the management phase that should preferably not  be overlooked is ensuring feedback is passed between teams.
Approvals, rejections, changing permissions and changing file and folder structures all need to be communicated to concerned teams.
Additionally, it’s important to have a central location where the assets can be easily accessible to teams that require them and that they be easy to filter through to find needed files. This calls for a consistent folder hierarchy, and naming system that’s easy to comprehend and implement.

The distribution phase is what tends to be more relevant for most teams. As the circle of people involved expands, the investment of related teams finally manifests itself into a polished, presentable product.

The distribution phase, as you might guess, involves moving the digital assets to different teams and partners over the internet.

For this phase, it’s important to be able to track who has received what in an easy and secure manner. In particular, it’s important to avoid sending them using traditional vehicles, such as email or FTP, as these methods don’t scale.
Once every team involved has been given access to the raw, uncompressed files through a central location, (e.g. a CDN Network in our logo example), the distribution phase is officially underway.

The image will be embedded in emails, on webpages, and linked to on social media. Linking works great because it makes tracking interactions on different areas of the internet easier, rather than uploading for single use.

Once a digital asset has completed its life cycle , it is time for it to be retired, or possibly just stored away for future use. Lots of teams tend to skip this phase altogether, but it could prove all-important for the company. It’s not very useful to collect the data on a project without retaining adequate documentation.
For most companies, the process of archiving and creating repositories to back-up the asset is going to be more or less identical. It serves to preserve assets that are not currently in use and makes it a lot easier to manage them.

Once our Christmas logo has been dispersed over the internet and its life cycle is at an end,  the time to put it to rest has arrived. Most teams would rather just delete the files and get it over with; but putting in the extra time to store the data could mean a lot of time saved for those individual teams. That way, these assets can simply be reused in the future.

Managing a digital asset’s life cycle manually is a drag. Keeping track of the asset as it goes through every phase, let alone knowing which phase it’s going through currently is pretty exhausting.

How do you keep track of who has access to what, that they have the most up-to-date version, that feedback is passed to the relevant teams and, most importantly, ensure that nobody is left out during distribution?

For the most part, modern digital asset management software is able to take care of all the above functions, on top of adding crucial functionality through a centralized interface. Particularly important functionality that traditional management lacks (and DAM contains) is tracking asset usage and interaction during every phase of the life cycle.

This historic information plays an important part in deciding how future projects are designed. For instance, whether the distribution phase is slow and ineffective, or if the emails garner more interactions than social media.

How to Manage Your Digital Assets For Maximum Efficiency

5 steps to launch your own OTT channel